It’s time for you to start your job hunt. You either need to write your first resume, or give it a much-needed update. You want it to look good, but you’re tired of fighting with Microsoft Word, and you’re far from a Pages expert.

You think to yourself: why not use a resume template?

But you’re not sure – you’ve seen folks on the web saying how resume templates make you look lazy, uncreative, and won’t help you stand out.

To demonstrate that these criticisms are not only incorrect, but they are actually cravenly self-serving, I’m going to critique an article by TheLadders about whether you should use a resume template.

TheLadders argues that you should not use resume templates. To support their argument, they quote various career-management and marketing experts. These career gurus argue that, “hiring professionals can spot a cut-and-paste resume job a mile away” and that resume templates shout, “I took a shortcut!”

It appears to be a strong argument on the surface. After all, career management and marketing experts can’t be wrong, can they?

Yes, they can be wrong.

Worse, they can be deliberately misleading. The article quotes Barbara Safani from Career Solvers saying that resume templates reveal laziness and don’t put forward, “the image you want to convey to hiring managers.”

A brief look at Career Solvers reveals that they sell resumes starting at $1,000. That’s clearly a conflict of interest.

A brief look at Career Solvers reveals that they sell resumes starting at $1,000. That’s clearly a conflict of interest. Of course she will argue that resume templates aren’t good. If you use a template, she won’t be able to sell you her service for thousands of dollars.

Shel Horowitz is quoted later in the article saying that resume templates are bad because some are designed poorly. Not only is that an irrelevant red herring (of course people shouldn’t use bad resume templates), he also suffers from a conflict of interest. He also sells resume writing services for hundreds of dollars on his site accuratewriting.com.

Did that really happen? Should we take TheLadder’s word for it?

Resume templates are the devil! Unless Susan Ireland sells them. Then it’s perfectly legitimate! Wait a minute…

The article takes a bizarre turn when TheLadders interviews Susan Ireland about the merits of resume templates. Susan argues sensibly that it isn’t cheating to use a resume template – they’re more like tools. Furthermore, she bluntly states that professional resume writers use their own templates anyway.

Not a single professional resume writer is starting with a blank page to make a resume. And here we all were, thinking resume templates were the devil.

The article’s entire second section is tagged on like a careless afterthought, as though Susan’s argument doesn’t completely demolish the reasoning against using a resume template in the first half of the article.

Here’s the reason Susan Ireland takes the practical (read: correct) approach to talking about the merits of resume templates – she’s a savvy businesswoman who is making money by both selling expensive professional resume writing services and “ready-made” resume templates for $24.95.

After all, it wouldn’t be smart of her to say that the template portion of her business is useless and going to negatively affect the job hunt of her paying customers, would it?

Why be dishonest about resume templates? For the $$$, of course.

Of course there are merits to hiring a professional resume writer, which Susan lays out perfectly. The “resume templates indicate laziness” argument is not one of them.

The idea that there are super-critical hiring managers twisting their mustaches and sniffing at resume templates is a laughable invention.

That argument is nothing more than a lazy, self-serving sales pitch that holds no water.

The idea that there are super-critical hiring managers twisting their mustaches and sniffing at resume templates is a laughable invention.

So…should you use a resume template?

Go ahead, if you want to. Hiring managers are paid money look at the content of resumes, not judge whether it looks like it was made with Microsoft Office. A hiring manager that actually did do that would get fired.

A good resume template is one that displays information clearly, period. If you’re going to hire a professional resume writer, do it for the right reasons – not because you’re afraid a hiring manager is going to toss your resume out because they’re tired of looking at Times New Roman font.

If you want to use a template, here are some resources we recommend:

Pauline Delaney is a senior career counselor, resume expert, and contributing writer to Resume Genius. When she’s not helping people with their careers, she enjoys hiking,... more

45+ Resume Summary Examples & How to Write a Professional Summary 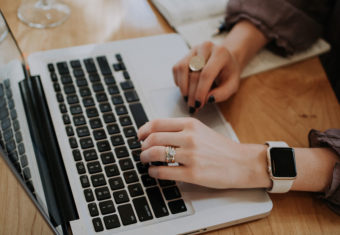 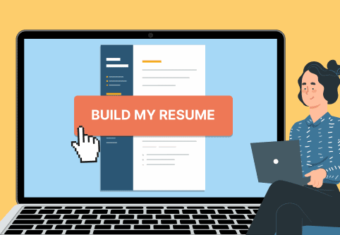