Best Cover Letters of 2021: Great Examples and Why They’re Successful

Writing a great cover letter takes skill and creativity. Check out seven of the best cover letter examples we’ve seen this year and learn what makes them so effective, so you can master your own job application. 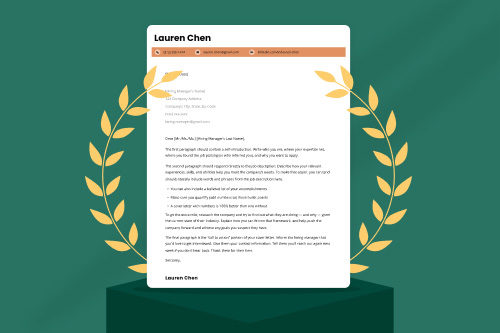 Here are seven of the best, most creative cover letters our team has seen so far this year. While these cover letters might not work in every situation, they all stood out in some way and earned interviews for the candidates who wrote them (except the last one for obvious reasons).

Take inspiration from some of these unique cover letter examples when writing your own cover letter to improve your chances of landing an interview (and hopefully the job too).

In this great cover letter example, the applicant landed a job as a project manager by proving they had the required skills and experience with quantified highlights from their career:

While the writer of this cover letter doesn’t add much flair, they do an excellent job packing in all the relevant information that employers are looking for, like their achievements and skills. Not only that, but it’s highly professional and easy to read, making it ideal for more formal industries.

From the start, the applicant knows how to address a cover letter properly, referring to the hiring manager by name, rather than using something generic like “To Whom It May Concern”.

Then, the candidate introduces some of their basic qualifications, and establishes a personal connection to the organization. This shows the hiring manager that the candidate did their research and cares enough to address the needs of the company directly.

Following this great introduction, the candidate then includes a list of accomplishments that are relevant to the company’s needs. This makes the candidate look passionate and perfect for the specific role they’re applying to fill.

This humorous cover letter from former ESPN anchor Kenny Mayne is one of the best examples we’ve seen of how to land a job with a joke:

Submitting a cover letter like this one is a bold move, and wouldn’t work in most situations. However, sometimes a little (or in this case, a lot) of confidence can go a long way.

Kenny’s clever take on the traditional cover letter caught the attention of ESPN executive John Walsh, and reportedly got a laugh from him. In this case, that’s what it took for Kenny Mayne to land his dream job in sports media.

We wouldn’t recommend the average job seeker send a cover letter like this to employers, but it’s an excellent example of how, in the right circumstances and with enough confidence, a cleverly written cover letter can land you a job.

The author of this wordy cover letter was horrified to reread it after finding it buried in their email outbox several years after submitting it. As an experiment, they handed it over to some career experts for edits and suggestions.

The result? Their cover letter now does a great job of selling their passion for the job, despite a lack of experience:

The candidate’s original cover letter was difficult to read because of its length and unimpressive content that failed to highlight their qualifications. It simply repeated the bullets on their resume, and didn’t showcase their interest in the position.

The redone version, on the other hand, features concise paragraphs and an impactful opening line, making it much easier to read. Additionally, it highlights the candidate’s passion for the specific position they’re applying to fill.

Ultimately, this updated cover letter is a major improvement from its previous version, and is much more likely to hook the hiring manager and help the candidate score an interview.

Here’s a great cover letter example from a candidate who knows exactly what they want as a professional:

This cover letter is an ideal example of how to balance professionalism with humor.

The candidate starts their cover letter off strong by immediately expressing their enthusiasm and summarizing their main qualifications, all in a fun, slightly self-deprecating tone.

Additionally, they manage to balance their humor with some substantial information about their professional achievements. This way, the hiring manager stays engaged and walks away with a strong idea of the candidate’s skills and experience.

However, this approach isn’t for everyone. Adding some humor to your cover letter is a great writing technique for job seekers applying in more casual fields like social media, but should be avoided when applying for positions in formal industries like law or accounting, because employers in these industries expect a traditional cover letter.

5. The short and sweet cover letter

This short cover letter doesn’t waste any time explaining why the candidate is a good fit for the vacant nursing position they’re trying to land. In a few concise paragraphs, the candidate states their interest in the position and confidently summarizes their professional achievements.

While cutting down on the details might not work for every industry, in this case the applicant knows exactly what the employer is looking for and addresses that need directly.

This helps save the hiring manager the work of going through a lengthy cover letter for the information they want. In a field as busy as nursing, this directness is often appreciated.

This cover letter is one of the best examples we’ve seen of how to balance creativity with professionalism:

In an industry as competitive as sales, you need to do everything you can to be convincing and memorable. This candidate takes that lesson to heart.

Starting with an unusual cover letter introduction helps this job seeker immediately set themselves apart from more traditional competitors. Then, they move into a convincing sales pitch about their relevant skills and qualifications.

Not only that, but they present their most impressive accomplishments in an easy-to-read, eye-catching cover letter format.

By putting a unique twist on the cover letter and backing it up with a strong summary of their professional background, this candidate successfully crafts a cover letter that’s both memorable and convincing.

This adorable cover letter probably didn’t land the applicant a job, but we have to give them credit for trying:

What this young candidate lacks in experience (or legal working age), they make up for in enthusiasm.

Not only that, but they even provide real-life examples of why they think they’d be qualified to manage the National Railway Museum.

Sure, being able to control two trains at once on a toy track might not qualify them for work as a museum director (yet), but they have plenty of time to figure it out later on in life.

Conrad Benz is a Digital Media Specialist & Resume Expert at Resume Genius, where he helps countless job-seekers craft standout resumes and launch their careers. His... more 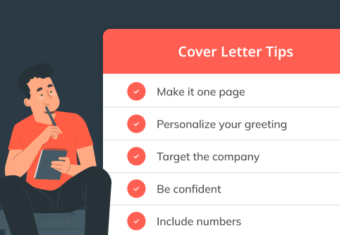 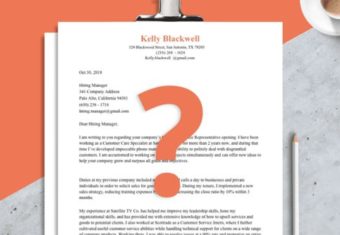 Are Cover Letters Necessary in 2021? 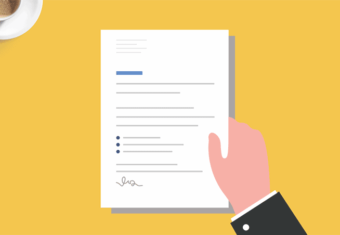 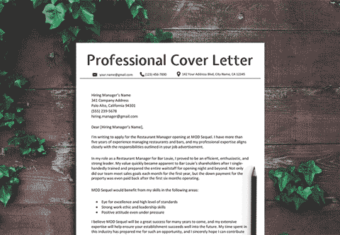 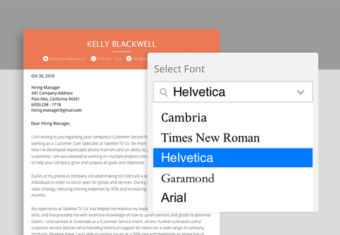