While not a new idea, the “four-day work week” concept has been gaining momentum across the globe in 2022. The largest trial of the four-day work week to date is ongoing in the United Kingdom, with over 70 companies and 3,300 employees participating.

Recently, thirty-eight U.S. and Canadian companies completed a six-month trial in September (with U.S. legislators in California even proposing a new four-day work week bill), and similar trials have also been tested in New Zealand, Iceland, Japan, Ireland, and Spain.

As the world waits for the UK trial results to shed more light on these pertinent questions, the Research Team at Resume Genius, led by Rebecca Tay (PhD, Johns Hopkins) conducted a survey to better understand the attitudes of American workers toward the four-day work week. And at the heart of this survey was the question: can a four-day work week actually reduce burnout, or is burnout tied to a deeper malaise with working in the U.S. in general?

By integrating our unique data with the work of other researchers, we’ve found that while hugely popular among American workers, the four-day week isn’t the magic cure for burnout as we move into 2023. Instead, changing the way Americans work may be a more effective antidote to burnout than simply reducing the number of hours worked.

When we talk about the four-day work week in this report, we’re referring to the 100-80-100 model. This model means that workers maintain 100% of their productivity in 80% of time for 100% of their original pay.

A huge motivation for employers implementing the four-day work week is to improve worker wellbeing, specifically by reducing burnout.

Burnout, or chronic work stress, already pervades today’s workforce and is only growing. A 2021 study conducted by the American Psychological Association found that 79% of people had experienced burnout in the month preceding their survey. Similarly, a 2021 Indeed survey found that over half of the 1,500 polled were experiencing burnout.

And burnout is a massive problem, not just for employees but for employers as well. For instance, burnout is associated with lower work quality, more sick days, and higher turnover.

Companies spend anywhere from half to two times an employee’s annual salary to replace them, and national healthcare spending due to burnout ranges anywhere from $125 to 190 billion per year1. Ultimately, companies have a lot to gain by implementing any policies that reduce burnout in employees and incentivize them to stay longer.

Key takeaways from our survey

To find out more about what employers and employees think about implementing a four-day work week, our research team conducted a 500-person survey to assess how a potential four-day work week would affect employee burnout. To capture the full range of American workers, we surveyed equal numbers of individuals at each job level (junior-level employees, senior-level employees, managers, and employers).

Why the 4-day week is appealing at first glance

It’s not hard to see why workers overwhelmingly support a four-day work week. After all, our study revealed that 82% of people, ranging from entry-level employees to executives, had experienced burnout at their current job, with 16% reporting constant burnout. And, more than half (51%) of all respondents believed too much time at work was a contributor to their burnout.

Not only would a four-day work week theoretically reduce stress associated with being at work, but would free up time for workers to recover.

Workers would be able to engage in the “recovery experiences” of sleep, physical activity, and psychological detachment from work2. Unsurprisingly, 25% and 20% of workers reported that they were most likely to use their extra day off to rest and do hobbies, respectively.

Workers also have concerns about the 4-day work week

Here are the three main reasons why reducing time at work through a four-day work week won’t reduce burnout — unless we change how people work.

Realistically, employers only keep a four-day work week if workers maintain or improve their productivity. Even the founder of 4 Day Week Global, Andrew Barnes, considers the four-day work week a “gift” in exchange for increased efficiency, rather than an “entitlement.”

For some, maintaining productivity in fewer hours will only require cutting the time they waste at work.

A 2022 Zippia survey reported that workers were only productive on average for 4 hours and 12 minutes of the day. Similarly, a study conducted by the British company, vouchercloud, of 1,989 office workers found employees were actively working for an average of 2 hours and 53 minutes out of the eight-hour day, filling the rest of their time with social media, chats with colleagues, and bathroom breaks.

How workers in non-office roles, such as small business or manual workers, will manage to complete all their work is less clear. One floor manager at a steel manufacturing plant responded to NPR by saying he was too busy to find a supervisor to give a statement on the four-day work week, let alone enact one.

And while work expectations for knowledge workers tend to be less well-defined than for manual workers, evidence suggests knowledge workers may struggle to keep up productivity too. According to the productivity platform Reclaim.ai, only a small portion (13.1%) of teams finish greater than 70% of their weekly planned tasks. Teams fail to meet their productivity quotas due to continuous distractions, with non-management workers experiencing interruptions an average of 31.6 times per day. If the proportion of workers’ time taken by meetings and other interruptions doesn’t change, reducing work hours will only lead to even lower productivity.

Together, these studies show that not only do individual workers need to use time more efficiently, but teams as a whole need to change how they treat each other’s time to maintain productivity. Only then can companies keep the four-day work week and stave off burnout.

Survey respondents ranked “increased stress at work” as their number one concern in moving to a four-day work week. And, it seems this concern isn’t unfounded.

Software company Formstack reported a 27% increase in stress levels post-trial of the four-day work week. Market research company Alter Agents switched back to a five-day week due to increased employee stress, and this reverting back to the norm may hint at the futures of companies currently struggling in the UK trials.

A phenomenon known as the recovery paradox explains why added work stress can have consequences for workers even after they’ve left the office.

The recovery paradox is an observation that workers in high-stress jobs — who require the greatest amount of recovery — are actually the least able to engage in recovery2. People experiencing high levels of burnout are less likely to stop thinking about work even after the workday has ended, likely because their experiences have been negative, and we as humans tend to better remember and focus on negative experiences.

Poor quality of sleep and lack of energy

High burnout is also associated with lower sleep quality, which continues the cycle of exhaustion. Studies have also found that workers experiencing “low control” at their jobs were less likely to exercise. Not only can stressful jobs leave people too exhausted to exercise, but they can rob workers of confidence and other positive feelings that encourage engagement in exercise2.

3. Burnout is caused by more than just long hours

The four-day work week doesn’t account for work issues unrelated to time, which may explain why “continued burnout” was ranked as the second highest concern by our survey respondents.

Lastly, interpersonal conflicts, such as workplace discrimination, harassment, and toxic leadership, all have the potential to cause worker burnout2.

Of the three types of work stressors, work hindrances and interpersonal conflicts are the least likely to be remedied simply by reducing working time, yet are prevalent in the workforce.

For example, Gallup reported that only around 50% of workers understood what was expected of them at work. And, in a survey by Pew, workers cited low pay (63%) and no advancement opportunities (63%) as either a minor or major reason for quitting in 2021. Pew also determined that 57% of workers that quit did so because they felt “disrespected at work,” and our survey found that 32% of respondents were experiencing burnout due to “stressful work relationships.”

Without having the difficult but necessary conversations to resolve or minimize time-independent work stressors, a four-day work week won’t solve burnout.

So, how does work need to change for workers to feel less burned out?

In 2021, the main factors that motivated workers to quit their jobs included low pay, no growth opportunities, and feeling disrespected at work. Pew’s research reveals a critical factor needed in the workplace to prevent burnout: respect.

Companies can respect employees as humans with outside lives by valuing their time, including reducing or eliminating overtime and allowing employees to completely disconnect when they’re off of work.

To create a more respectful environment at work, employers can consult employees on the friction points they experience (rather than assuming what they are), customize work systems to consider individual roles and working styles3, and evaluate performance based on output rather than time as one would for an assembly-line machine.

Nevertheless, introducing a time constraint gives workers a goal to work toward. By optimizing their work, teams can gain insight into how many work hours can be reduced — if eliminating a full eight hours isn’t achievable.

Unlike other rewards employers use to motivate employees to reach key performance indicators (e.g., bonuses, awards, company dinners), the four-day work week is both the goal and the incentive. Employees have to be more efficient in order to cut work hours while maintaining productivity and they receive that many hours back for themselves.

Coming off of the pandemic, both employers and employees acknowledge that we need to collectively overhaul the way we work more than ever. Widespread adoption of the four-day work week might be in our future if we accept that it’s only one piece of — not the whole solution to — solving burnout and making us happier, more productive workers.

500 American workers were surveyed using Pollfish. In addition to equal segmentation by job role (junior employees, senior employees, managers, and employers), population was also segmented equally by marital status (single, single with dependents, in a relationship, in a relationship with dependents). Survey respondents were 44% male and 56% female. Percentages from our survey have been rounded to the nearest percentage point for ease of reference. All analysis was performed using R. For access to data, please contact geoff@resumegenius.com.

Rebecca Tay is a Professional Researcher with a Ph.D. from Johns Hopkins University who directs research projects, survey analyses, and industry reports at Resume Genius.... more 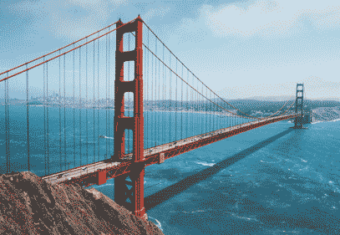 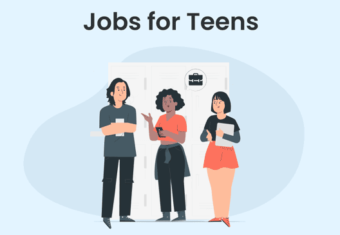 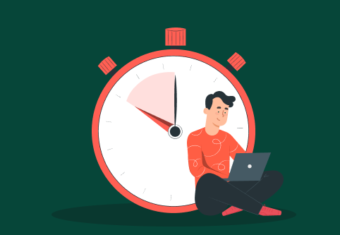 How to Find Work from Home Jobs 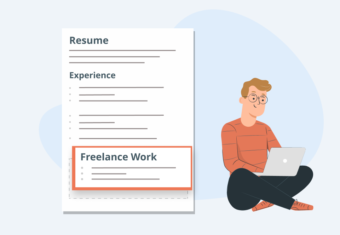 How to Put Freelance Work on Your Resume (With Examples)