This is By Far the Dumbest Resume Trend

There’s one resume trend that we absolutely can’t stand: Skill Ratings. Learn why this resume tactic is hurting your application, and what you can do instead. If you decide to create an infographic resume (against the suggestion of basically every hiring manager…), please, for the love of god, DO NOT do this for your skills section:

Oh look, a cute point system to visualize your skills! Too bad it makes no sense.

Creating a skills point system is an awful and illogical style of presentation that will only serve to confuse the hiring manager and make them trash your resume quickly. This trend is most often found on graphic design resumes that like to push the limits of creativity.

Let’s take a close look at why a skills point system makes no sense at all. Take this example:

Atrocious. Presenting information like this relies on a series of moronic assumptions which, stacked against one another, creates a towering pile of illogical BS so high the peak is barely visible. It’s a bad resume trend, and people should just stop it.

Nonsensical Assumption 1: All of these skills have the same level of difficulty

If you think Adobe Photoshop and Microsoft Word have the same level of difficulty, you are either living under a rock or seriously overestimating your Photoshop skills.

“These scales are completely meaningless.”

You cannot create a point scale and compare your skills against each other when those skills differ in quality and difficulty. Period.

Don’t believe me? Tell me if this makes any sense to you:

It doesn’t make sense, does it? The only thing you’ve learned about my kickball skills is that I’m utterly perfect at it (which is true). With regards to brain surgery, would you trust someone with an 8/10, or a 9/10? What does that even mean?

It means nothing. Literally nothing — which brings us to point 2.

In fact, these scales are completely meaningless.

NEWSFLASH: No one has designed tests to rate your ability on a 10-point scale for the majority of skills you’ll put on a resume.

In other words, when people rate themselves, it is also known as “making $h!# up.”

Try asking someone what the difference is between being a 5/10 and a 6/10 on Microsoft Word. What do you think they would say?

RG Hint: There is no difference.

Nonsensical Assumption 3: People are good at rating themselves

Actually, people are horrible at rating themselves across the board.

How can that be? Whereas intelligent people are more aware of the inherent difficulties of a given task, an idiot will obliviously think that everything is easy because they’re incapable of thinking deeply enough about the problem.

(This explains the middle-management idiot phenomenon, and also why braggarts tend not to be the sharpest tools in the shed.)

So how should you present your skills?

The only place your skills actually mean anything is in the meat of your professional experience section. That’s where you tell the hiring manager exactly what you accomplished with your skills, which is literally the only thing that matters.

What have we learned? A fanciful skills rating scale gives absolutely no information whatsoever and you should burn your resume to a crisp if you’ve included one.

45+ Resume Summary Examples & How to Write a Professional Summary 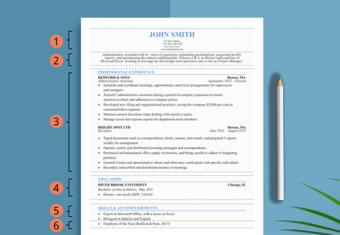